CELEBRATING THE INSTITUTE FOR CONTEMPORARY ART AT VCU 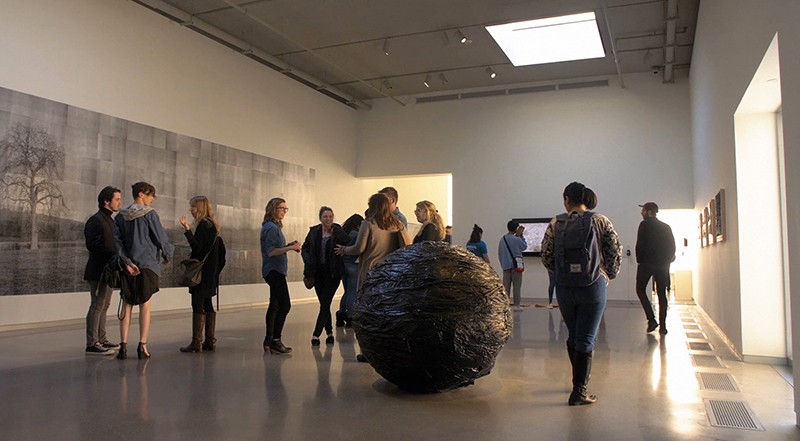 In April 2018, Steven Holl Architects celebrated the opening of the Institute for Contemporary Art (ICA) at Virginia Commonwealth University (VCU), a gateway building on the university’s campus which has quickly become a major art destination in the city of Richmond, Virginia. Michael Kimmelman, New York Times architecture critic, has described the building as “a wonderful fulcrum in the city and a great gathering spot.”

As one of the nation’s leading schools of art and design, VCU has been central in the transformation of the surrounding neighborhood in recent years. Located at the corner of two main Richmond thoroughfares, the ICA has become a prominent marker in this newly invigorated area, welcoming more than 7,000 visitors during its opening weekend and hosting 175 public programs in its first eight months.

“This expressive structure will endure as a significant contribution to the lifeblood of Richmond and as a shining example of the power of creativity,” said Joseph Seipel, Dean Emeritus of the VCU School of the Arts.

Designed to serve as an inspiring art center for students and the local community, the ICA is a non-collecting institution intended to prompt interaction and discussion around contemporary issues. The ICA is a forum for collaboration, offering space for the diverse audience of Richmond to come together.

Following the success of its inaugural exhibition, Declarations, the ICA recently launched its annual commission series, Provocations, with a large-scale installation by artist Rashid Johnson that responds to the light-filled gallery space on the building’s top level and a program of musical performances related to the piece. The series’ title directly references SHA’s design intention for this expansive exhibition space, which the ICA has called “a provocation for artists to engage.”

Since its opening, the ICA has been recognized with numerous awards, including the 2018 Historic Richmond and Storefront for Community Design, Golden Hammer Awards in the Placemaking Category. In October, the ICA was named Architecture’s A+ Awards 2018 Project of the Year.

A new video by Milkbox NY reveals the people and the process behind this transformative project.