THE REACH, THE KENNEDY CENTER FOR THE PERFORMING ARTS 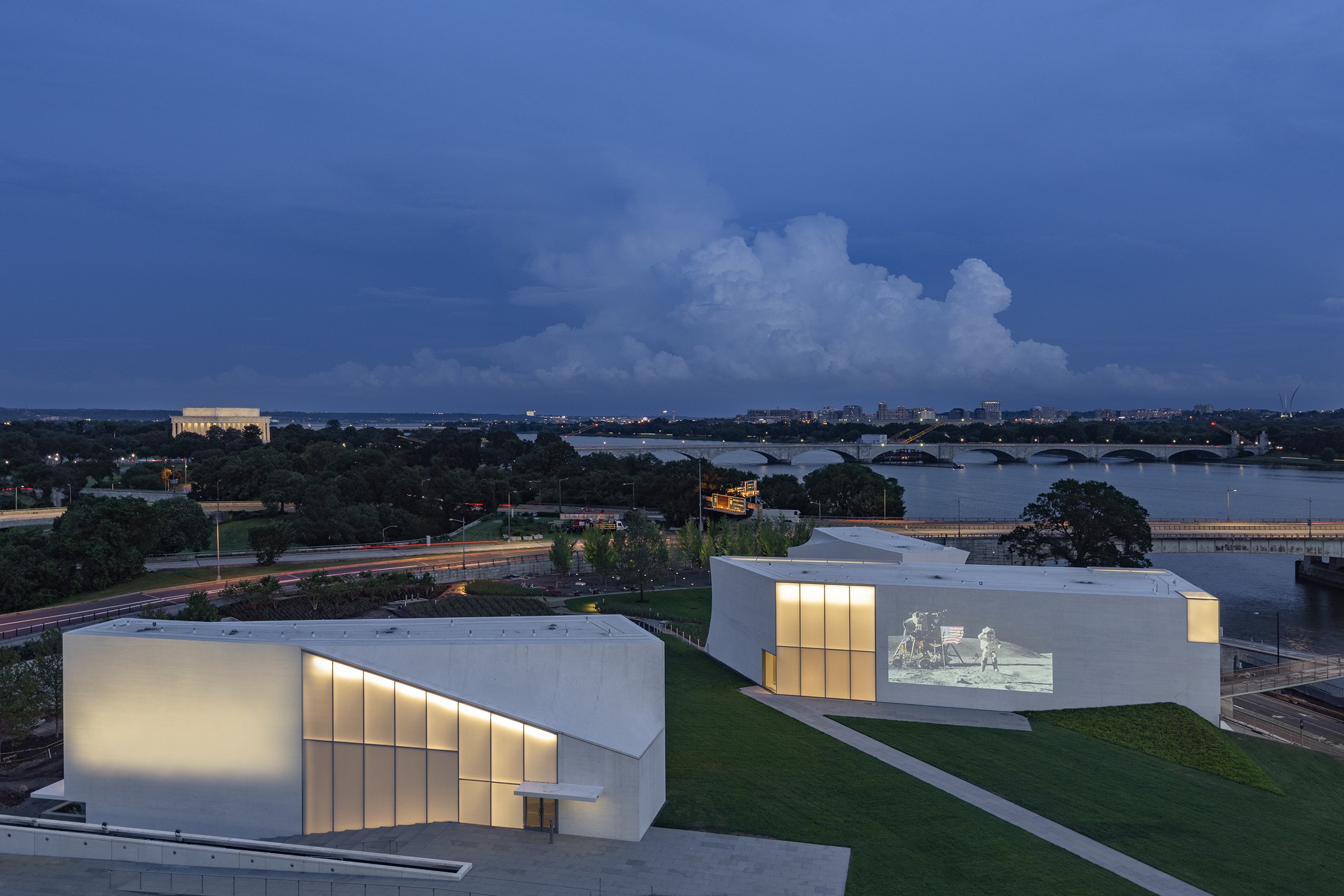 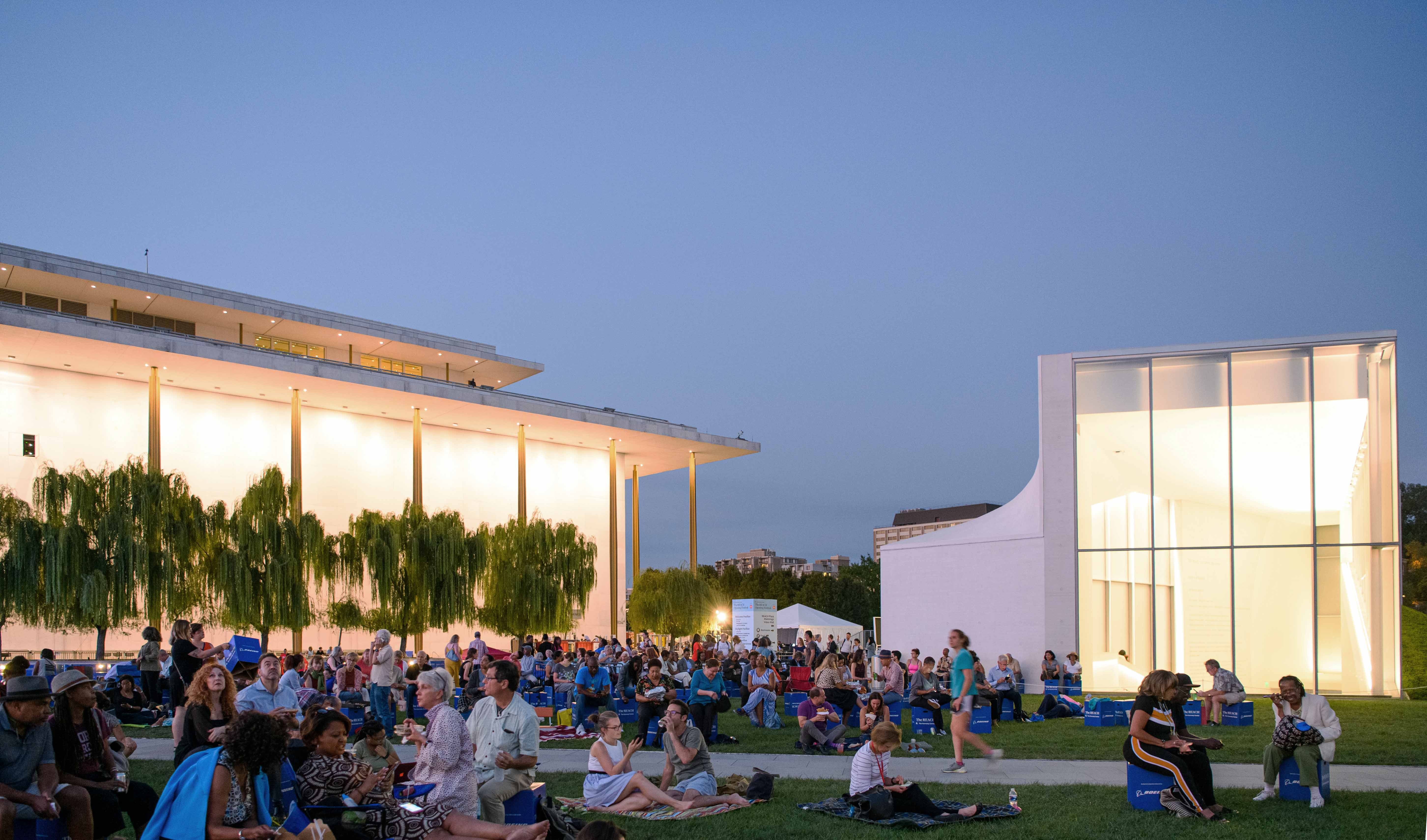 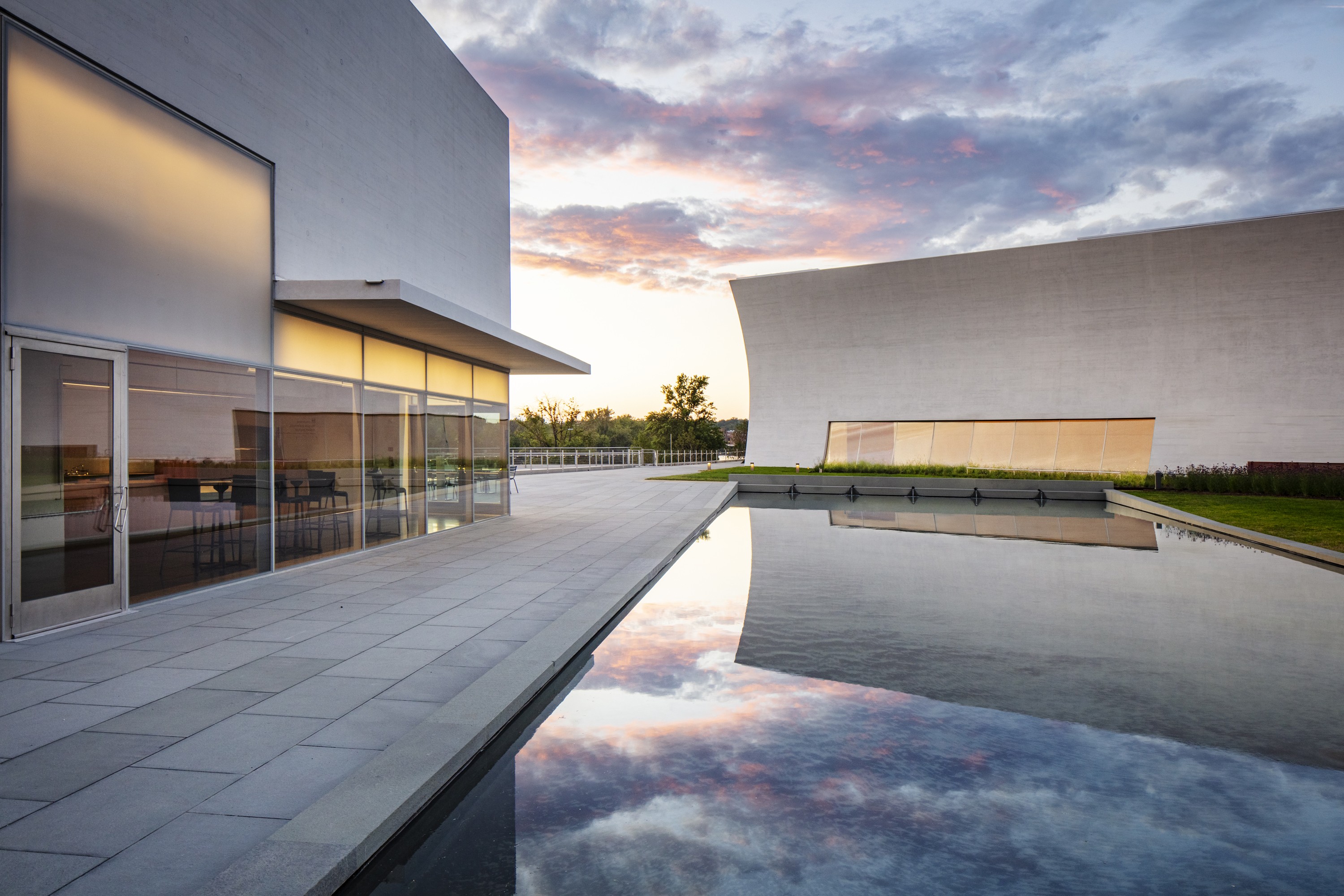 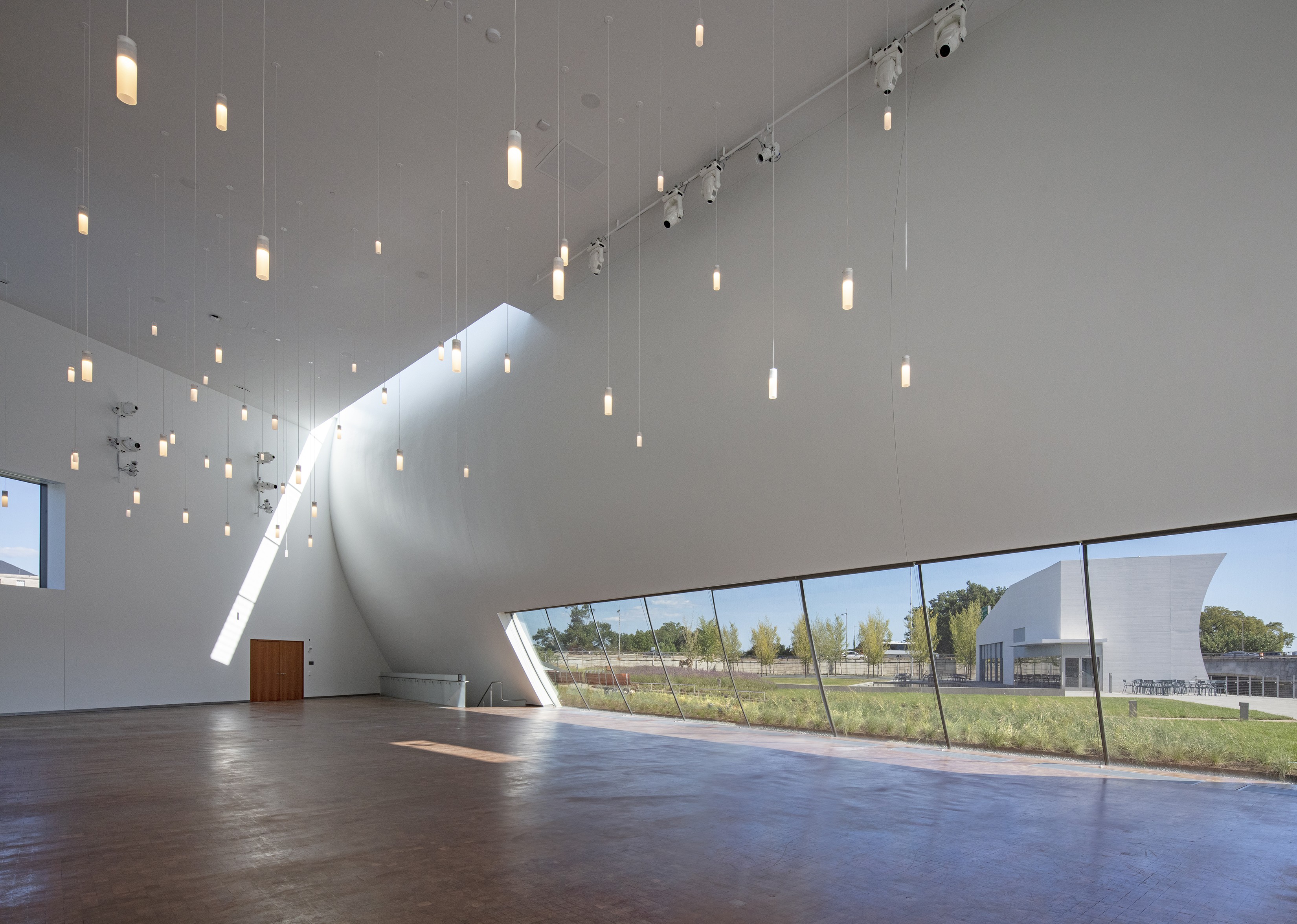 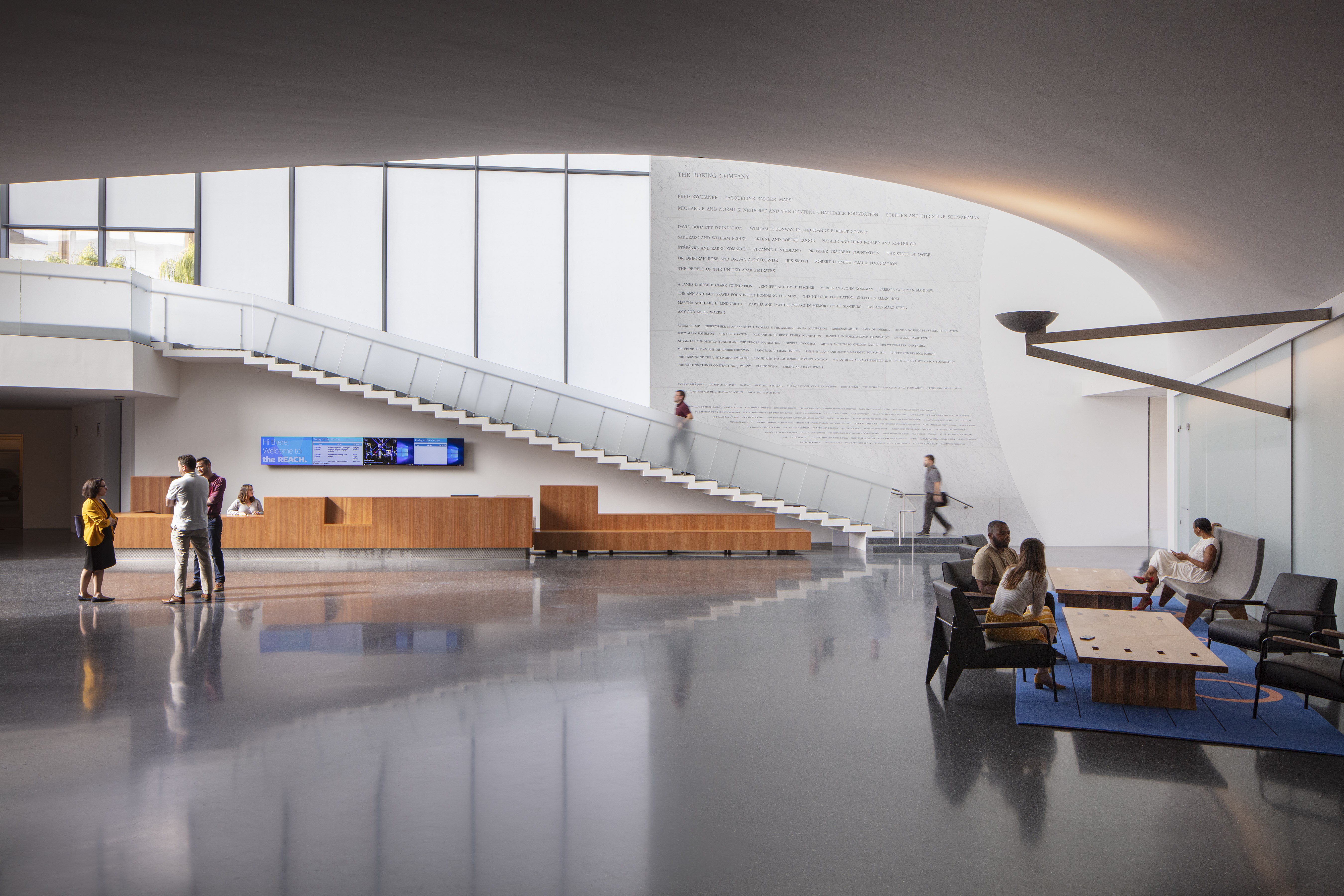 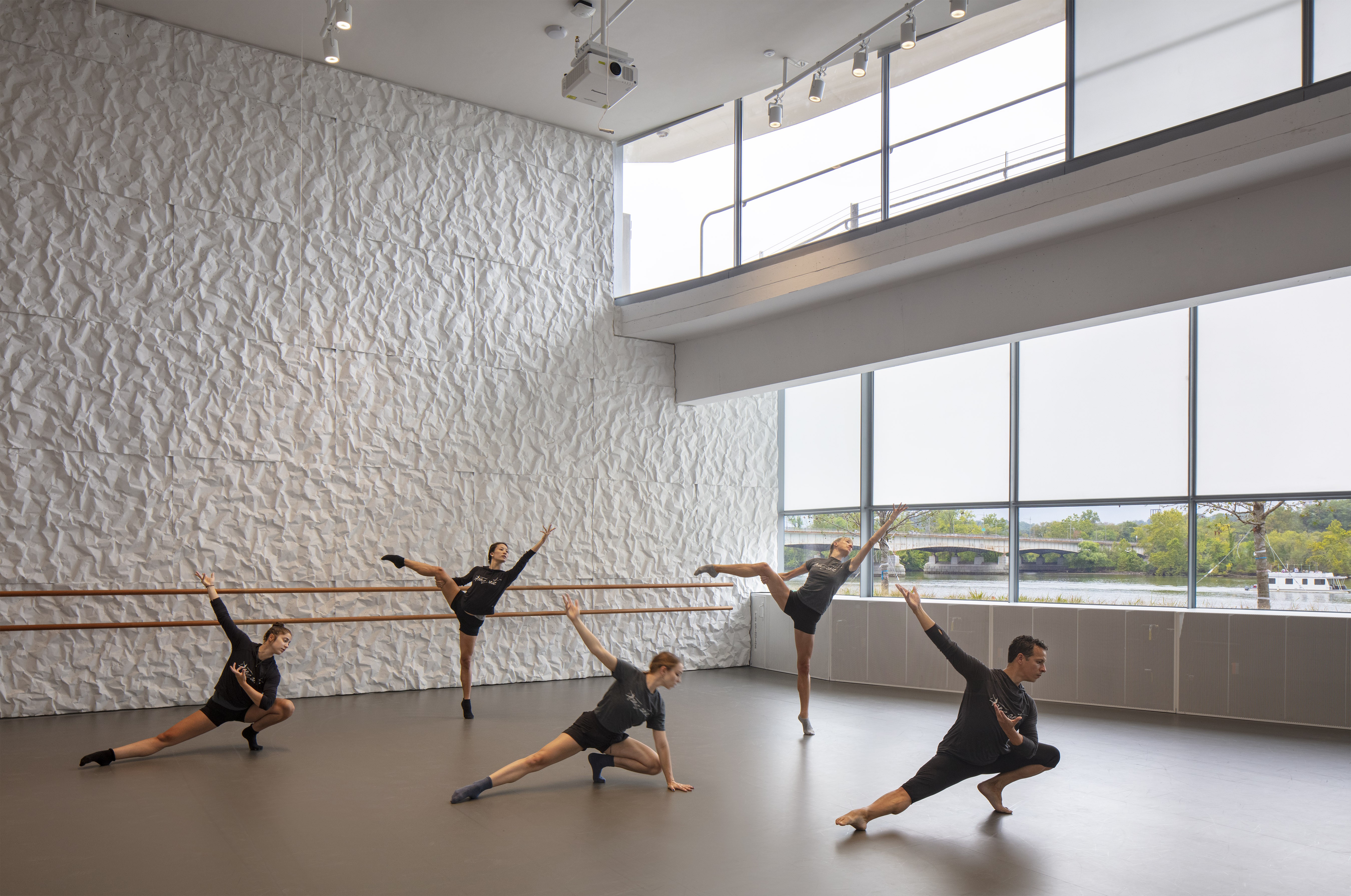 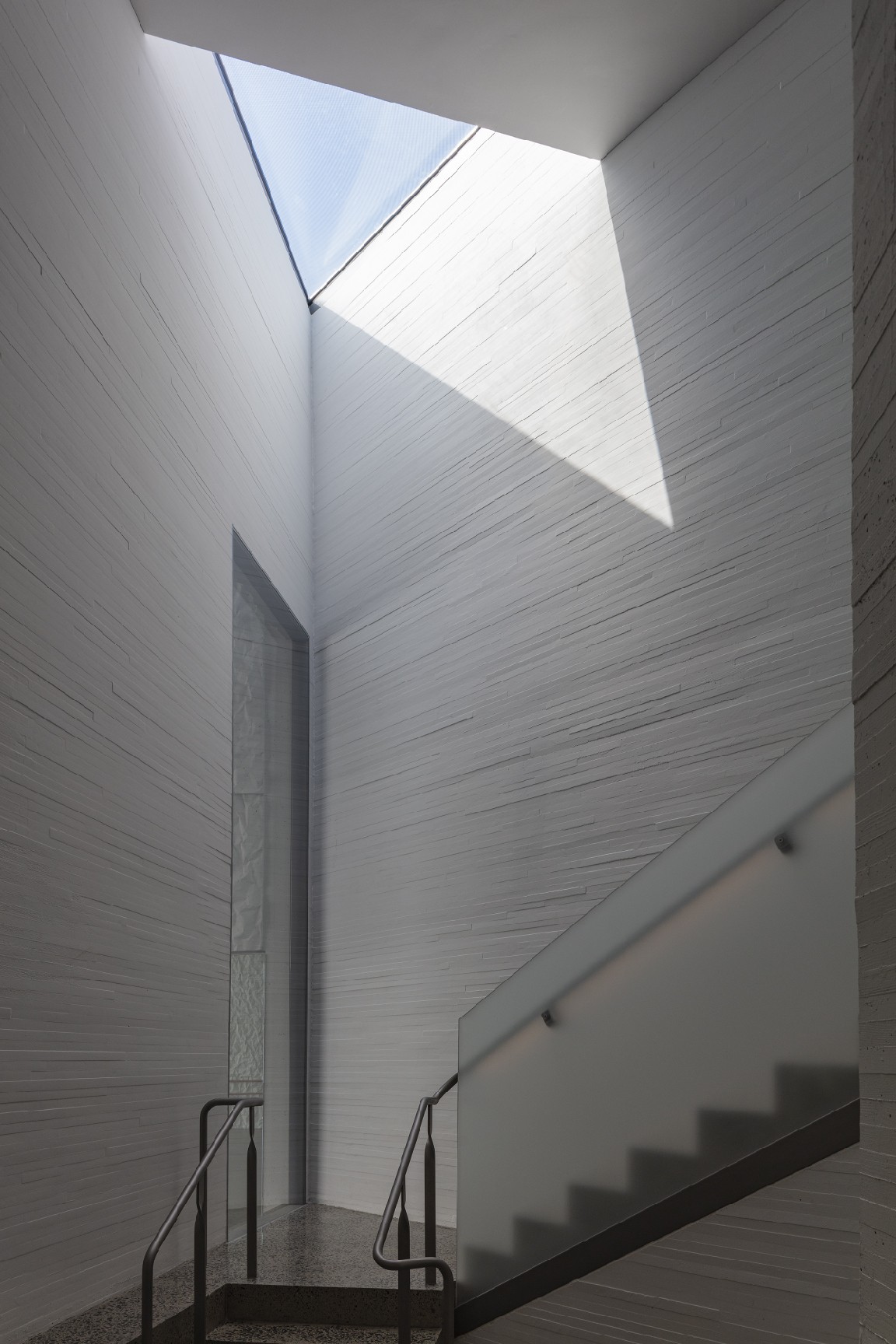 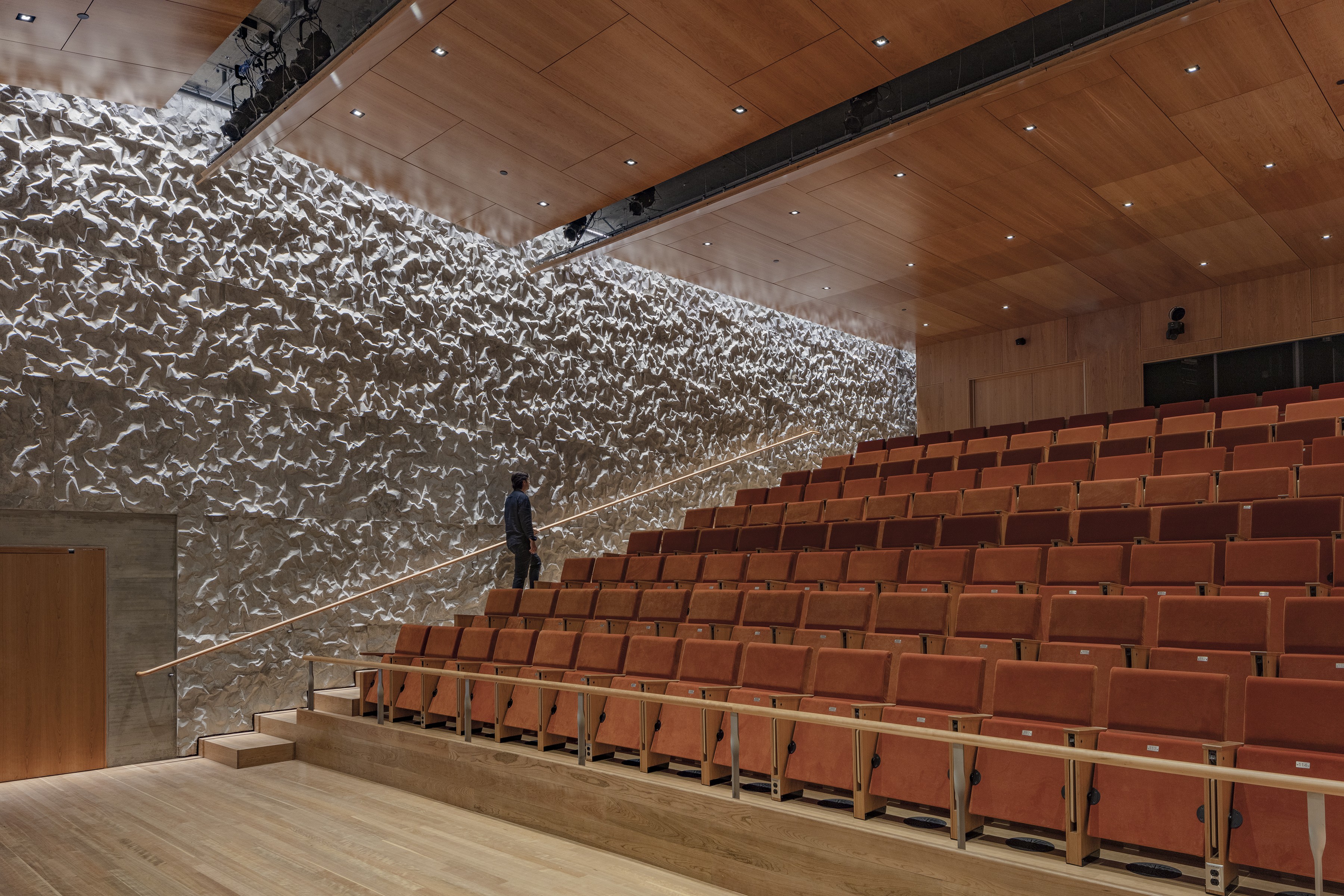 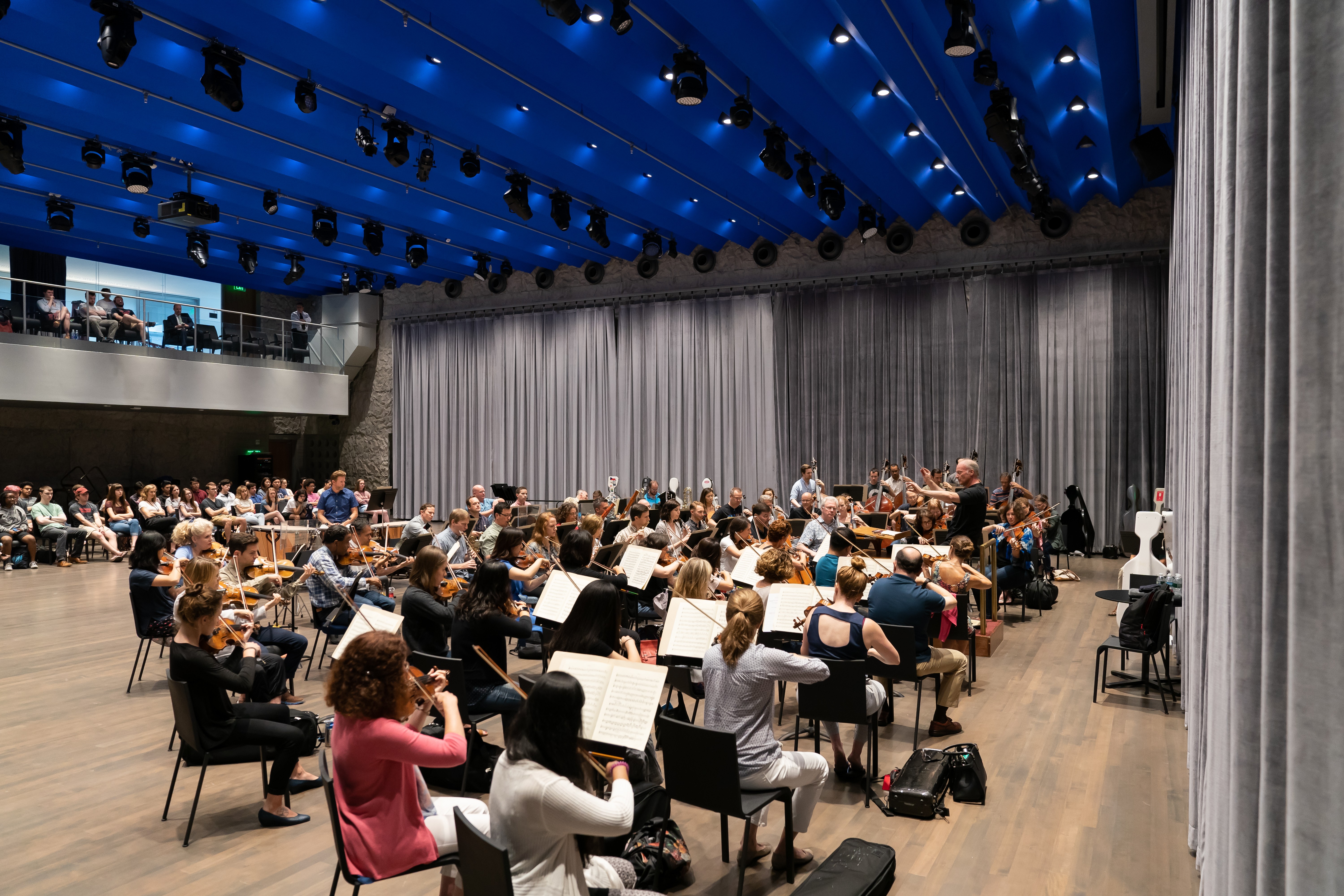 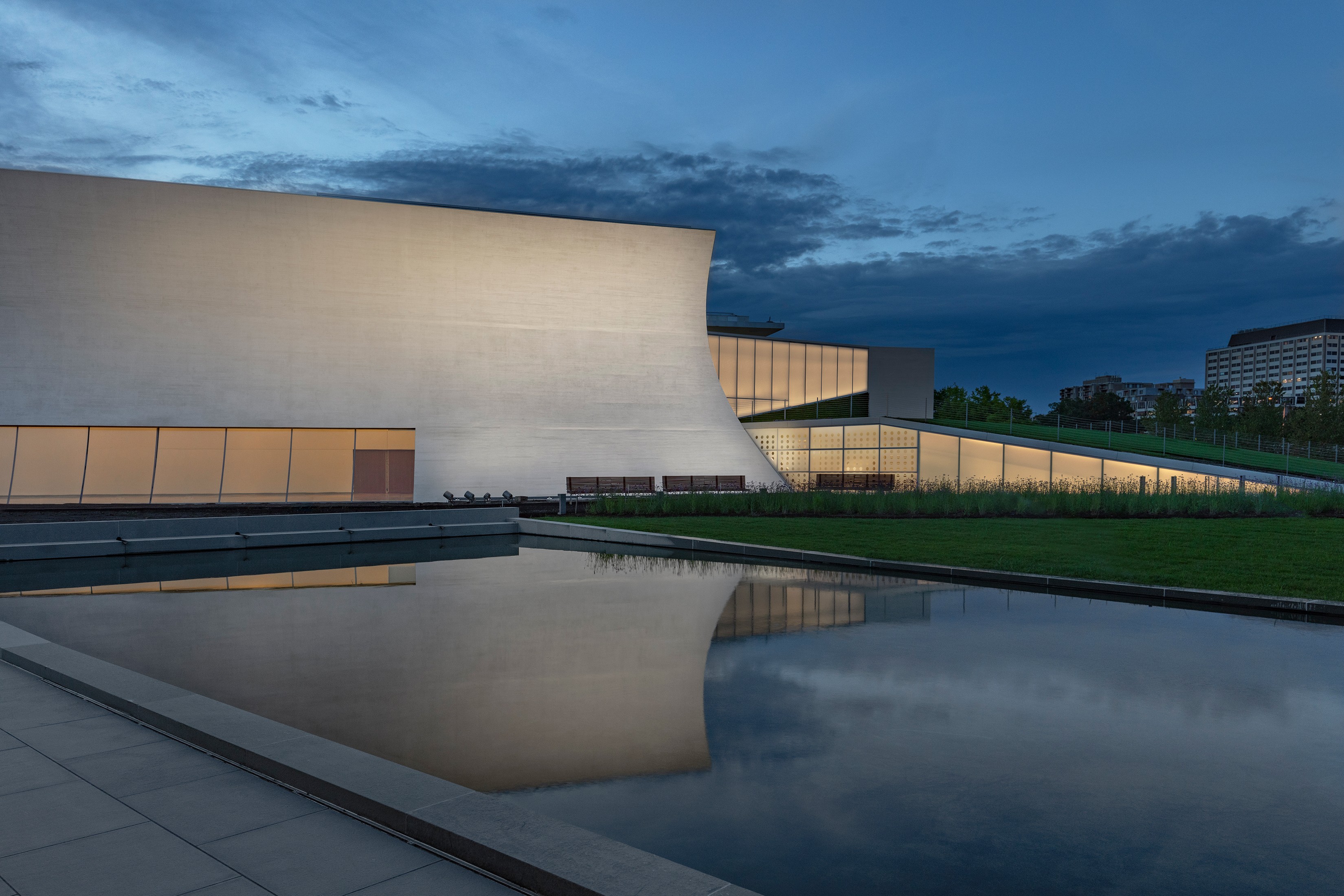 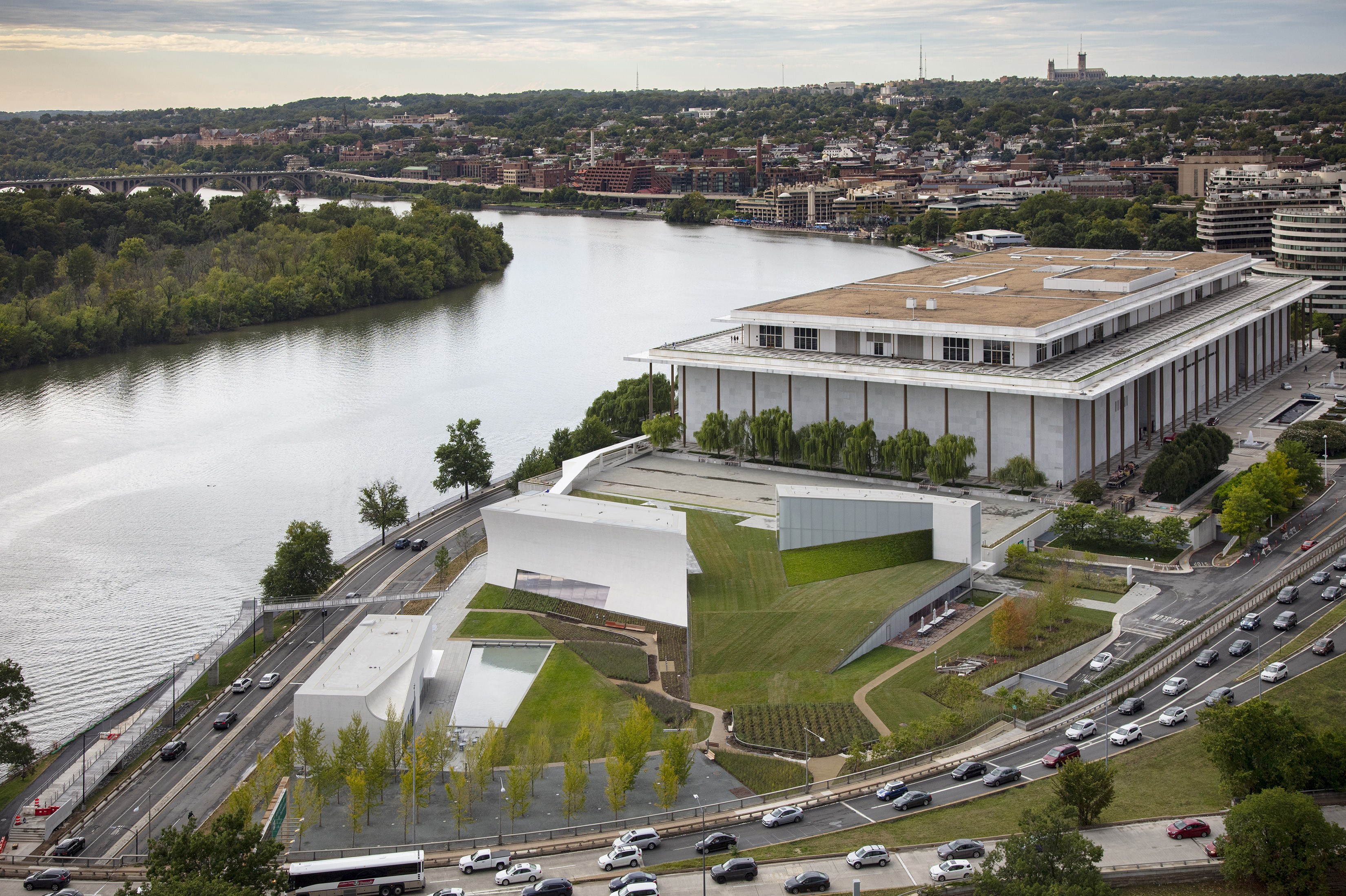 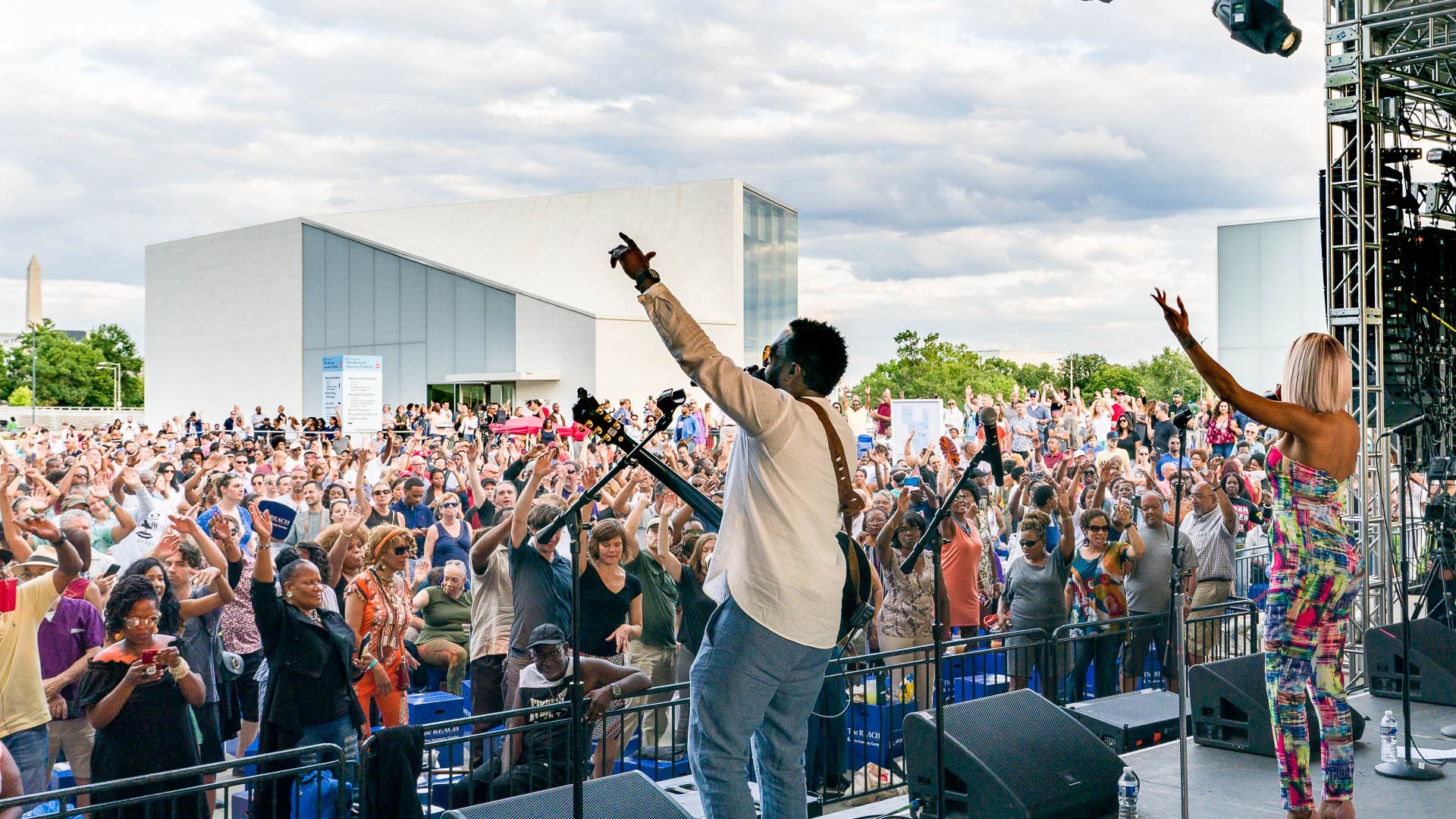 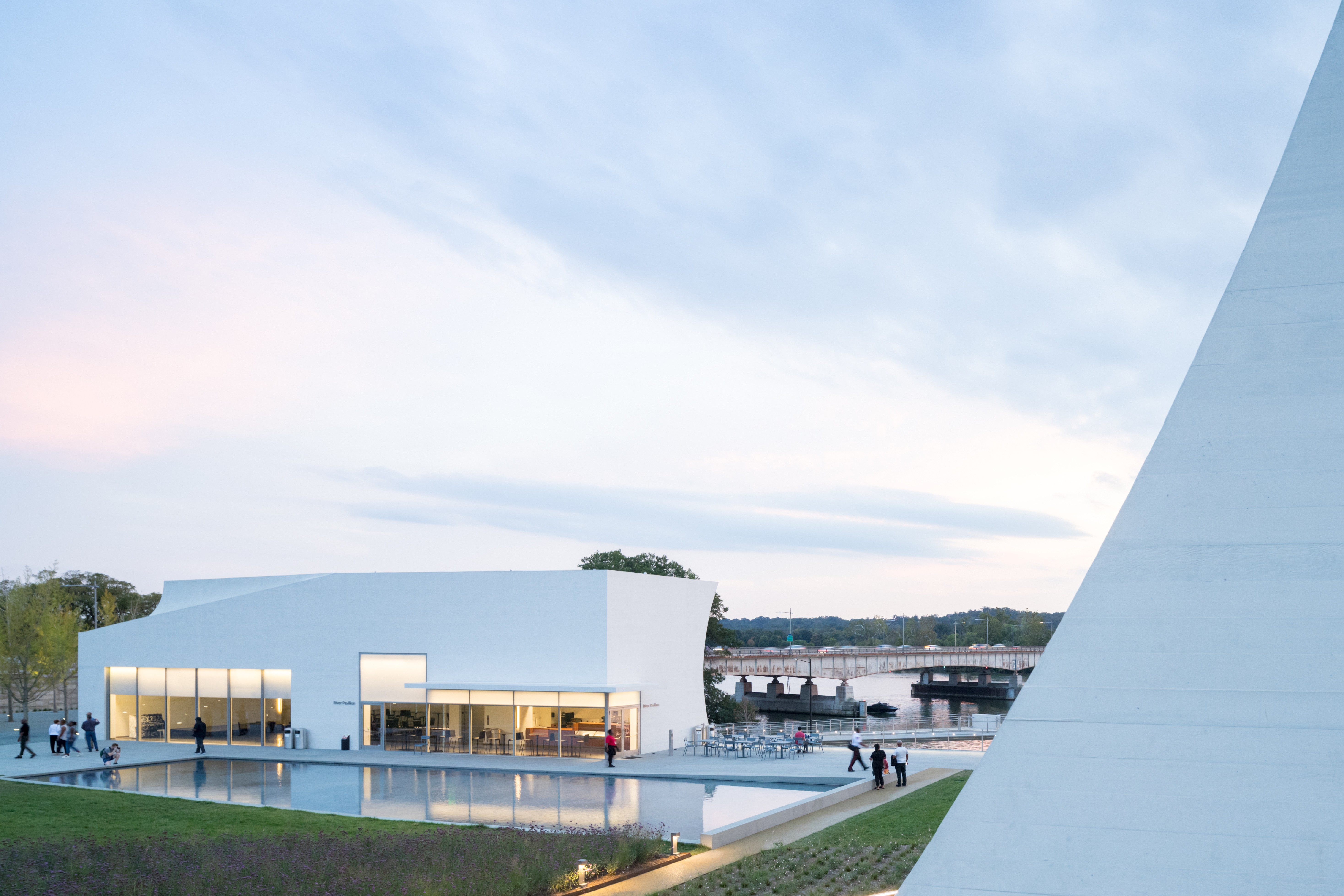 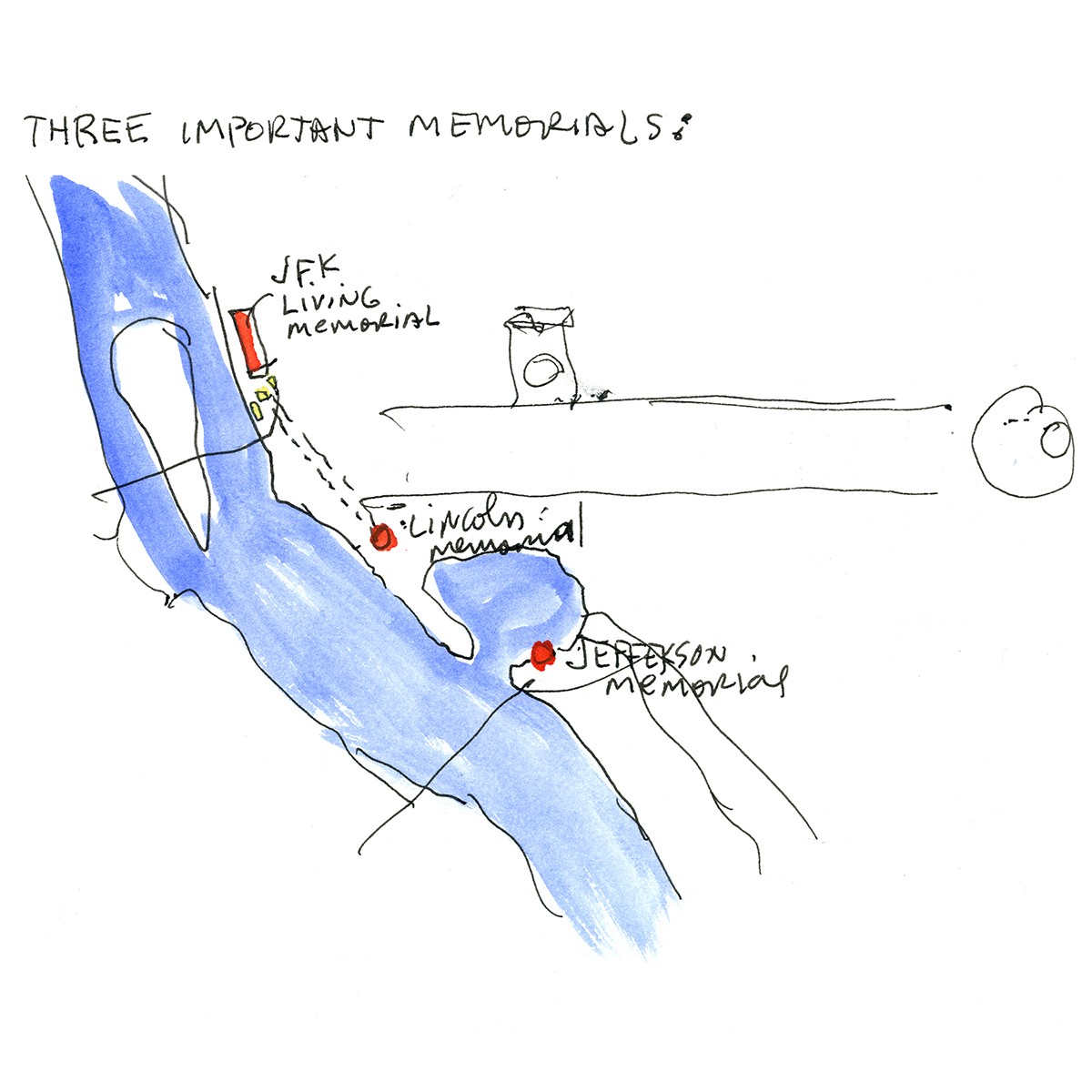 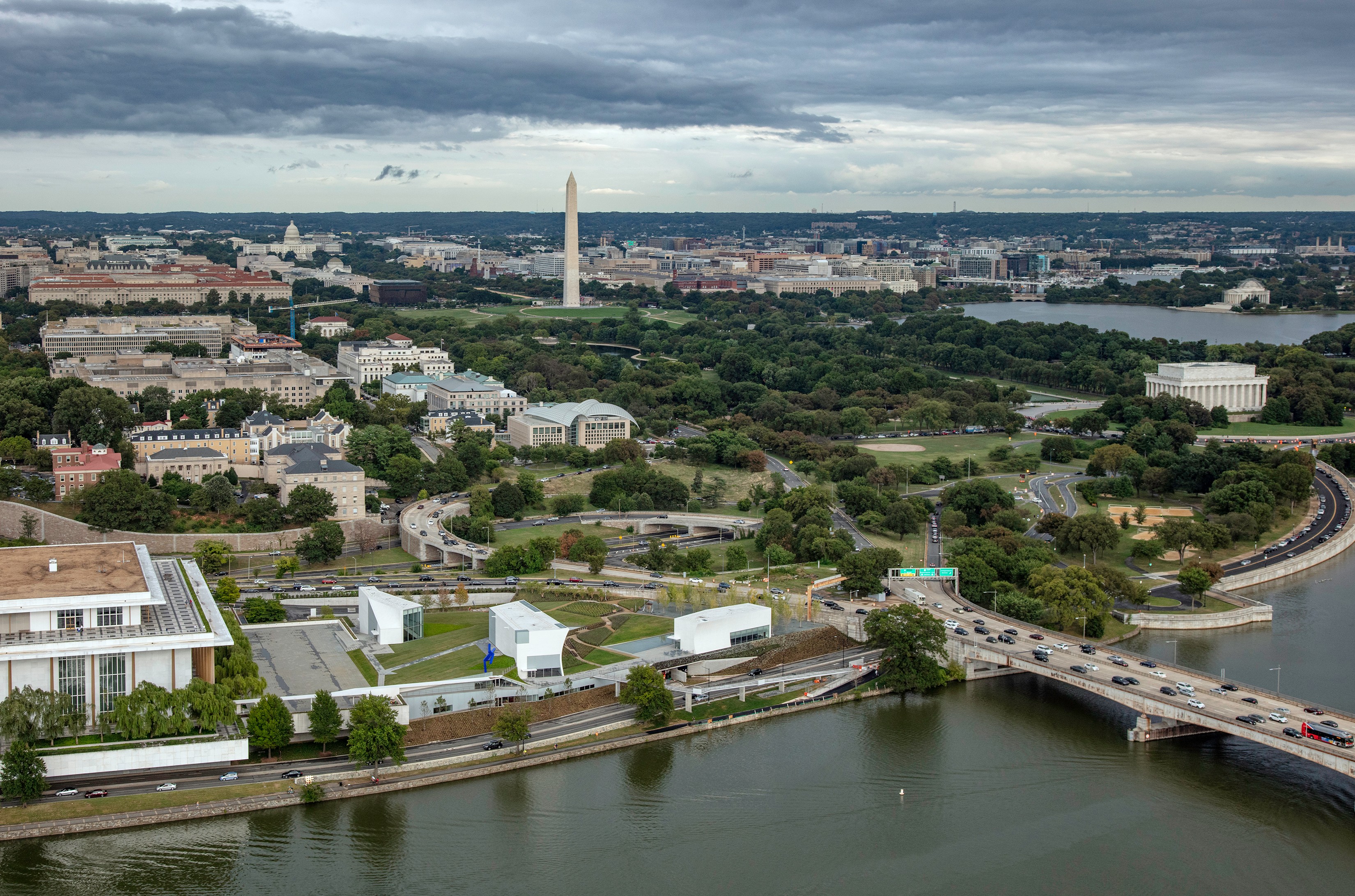 As a “living memorial” for President John F. Kennedy, the Kennedy Center for the Performing Arts takes an active position among the great presidential monuments in Washington, D.C. Through public events and stimulating art, the Kennedy Center offers a place where the community can engage and interact with artists across the full spectrum of the creative process. The REACH expansion, designed by Steven Holl Architects, adds much-needed rehearsal, education, and a range of flexible indoor and outdoor spaces to allow the Kennedy Center to continue to play a leadership role in providing artistic, cultural, and enrichment opportunities.

The design for The REACH merges architecture with the landscape to expand the dimensions of a living memorial. The landscape design includes a narrative reflection on the life of President Kennedy: a grove of 35 gingko trees, which will drop their golden autumn leaves in late November, acknowledges John F. Kennedy’s position as the 35th President of the United States; and a reflecting pool and mahogany landscape deck are built in the same dimensions and mahogany boards of Kennedy’s WWII boat, the PT109.

In complementary/contrast to the monumental original Kennedy Center building by Edward Durell Stone, The REACH’s three pavilions are fused with the landscape. They shape outdoor spaces between them, and frame views to the Washington Monument, Lincoln Memorial and Potomac riverfront. The three pavilions are interconnected below green roofs to expand the Kennedy Center’s interior space with 72,000 sf of open studios, rehearsal and performance spaces, and dedicated arts learning spaces. Embedding much of the expansion under a public landscape offers maximum green space to the community and gives landscape views from the interior spaces.

The open landscape provides both large and intimate spaces to gather and visit at all times of the day. Simulcast projections of live performances from within the Kennedy Center will be projected onto the north wall of the largest pavilion in front of a broad lawn. The landscape serves as a green roof over the interior spaces below, the largest in Washington, D.C. at approximately 69,000 sf. The varied gardens will provide opportunities for casual performances and events and other flexible locations for enhanced engagement, further positioning the Center as a nexus of arts, learning, and culture in the years ahead.

The titanium white board-formed concrete pavilions engage with the landscape, gently curving to catch natural light for the interior. The concrete finish is made up of 4” tongue and groove Douglas fir boards that lined CNC plywood forms. From a distance the concrete appears monolithic and seamless but when examined up close has the scale of wooden boards that relate to the body and hand, while simultaneously showing an imprint of the building process.

While all different in form, resisting any defined geometric description, the three pavilions are connected through their ruled-surface geometry. This strategy creates a language of forms, from conical sections to hyperbolic paraboloids, a visual acoustics echoing across the pavilions, cupping space between them, and dispersing sound on the inside.

Natural light is given to all spaces via translucent, clear and curved glass. Through etching the glass, and sandwiching translucent white films between layers, luminous surfaces diffuse light deep into the interior, and glow outward at night. Windows are positioned to provide views through the full depth of the interior, from the entry lobby though rehearsal and event spaces to the river and landscape beyond, encouraging creative curiosity and dynamic interaction.

With The REACH, the Kennedy Center’s direct connection to the Potomac River is finally achieved, more than 50 years after it was lost in Stone’s initial design. A new pedestrian bridge, which appears to float over the park way, allows easy access to and from the Rock Creek Trail and the Georgetown waterfront.

The newly expanded campus positions the Kennedy Center as a 21st century, future-oriented arts institution, and celebrates President Kennedy and his significant contribution to the arts and American culture.

The REACH “is a transformation that marks nothing less than a new threshold in the work of one of the country’s most creative architects and a milestone in the evolving concept of the relationship of the performing arts to the public.” Barry Bergdoll

“The REACH is open, with porous barriers to distinguish passageways from performance spaces. It’s light, with apertures that reach even below-grade areas. And it’s fluid, with unexpected twists at every turn.” Kriston Capps, CityLab / The Atlantic, September 6, 2019

“The internal spaces of the Reach have no clear geometry, but lots of appealing oddities, gentle angles, curious notches and walls that arc up gently from the ground. […] The new lecture hall, with its crinkle concrete walls (an acoustical detail that is lovely to look at) and warm wood, is an inviting space, and if programmed with substantial arts content will be a welcome addition to the larger Kennedy Center. The educational spaces, some of them with good views of the river, will expand the center’s potential impact on young audiences.” Philip Kennicott, The Washington Post, August 30, 2019.