THE REACH—THE KENNEDY CENTER'S FIRST-EVER EXPANSION—TO OPEN TO THE PUBLIC ON SEPTEMBER 7, 2019 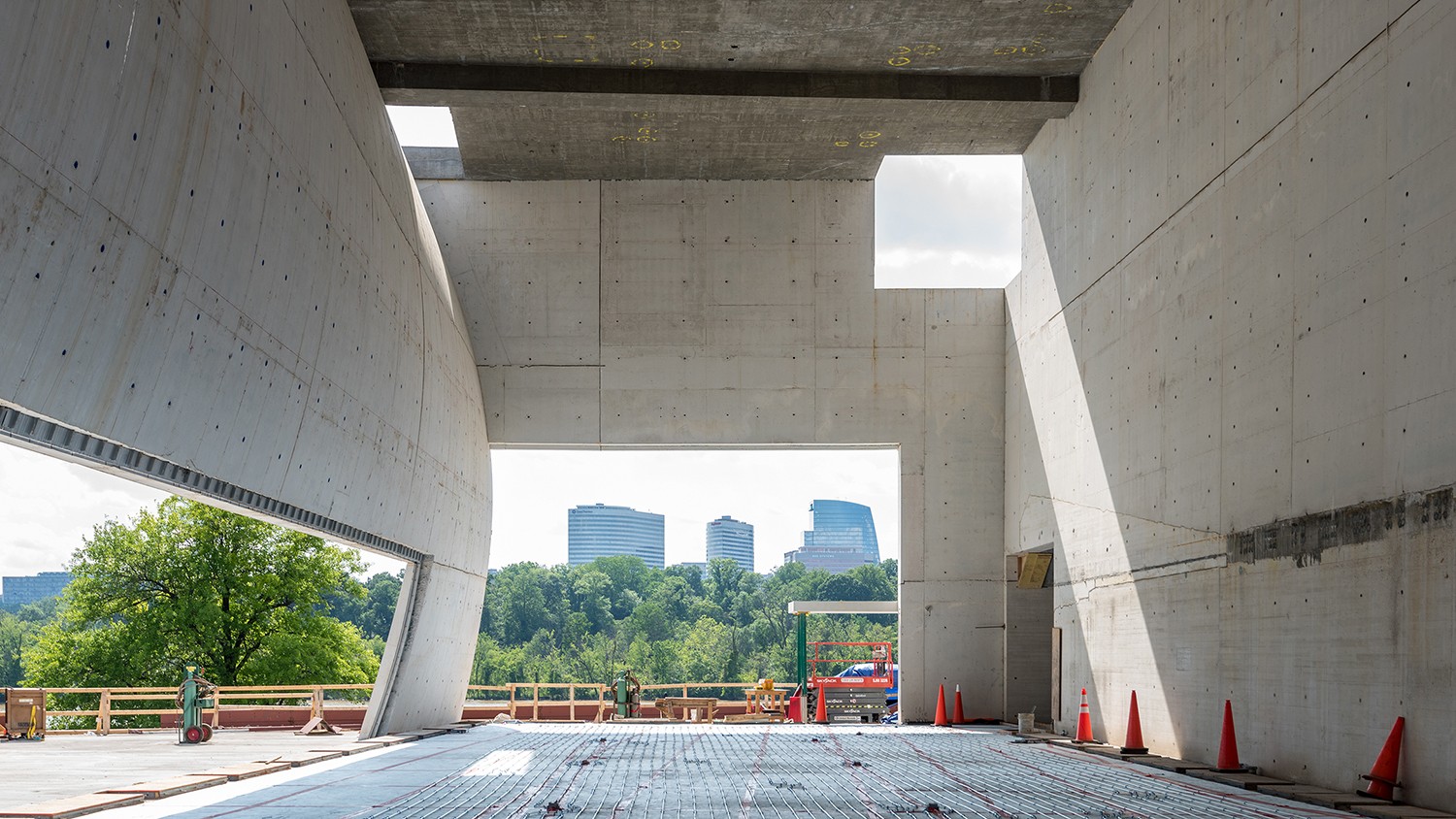 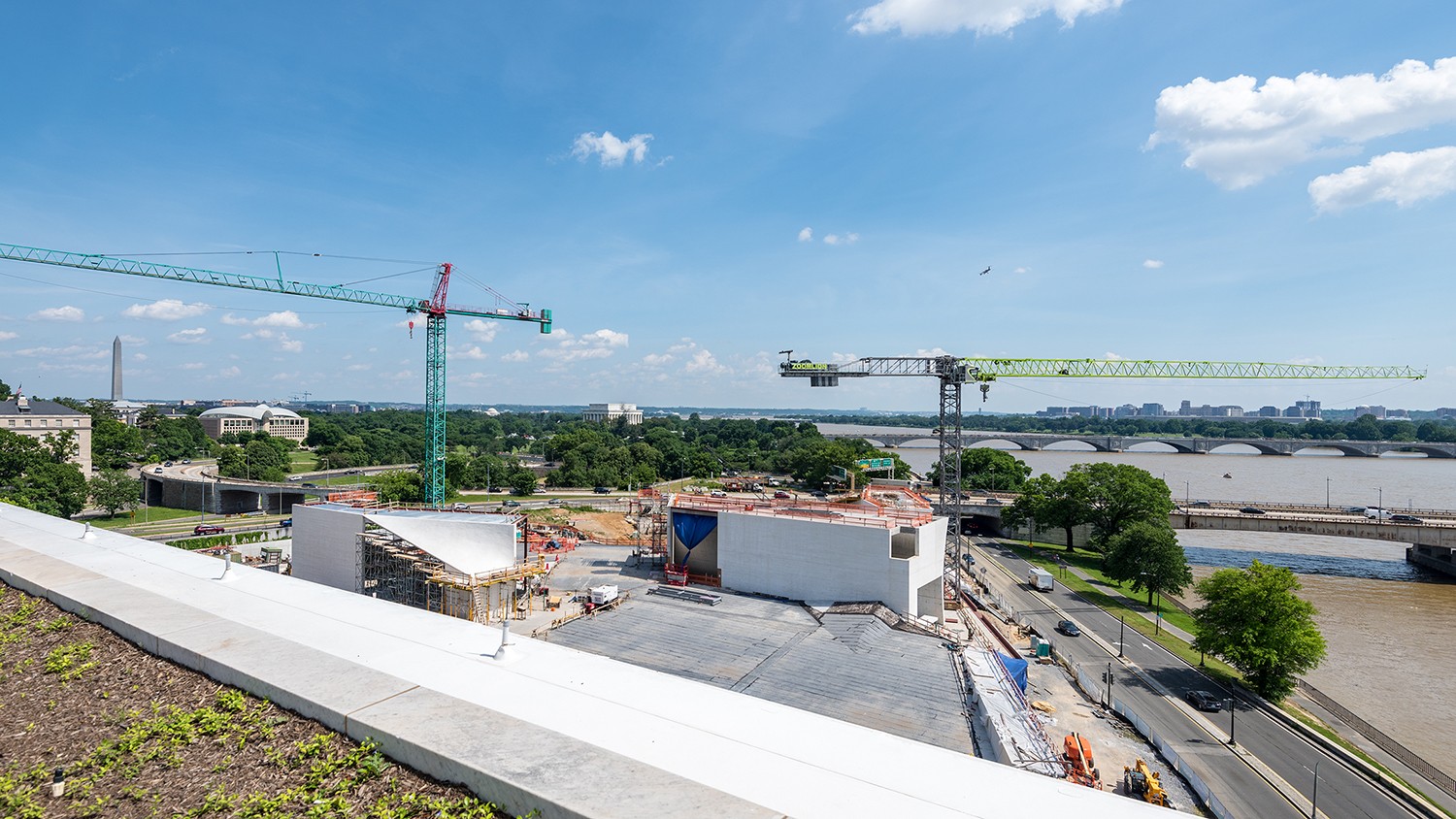 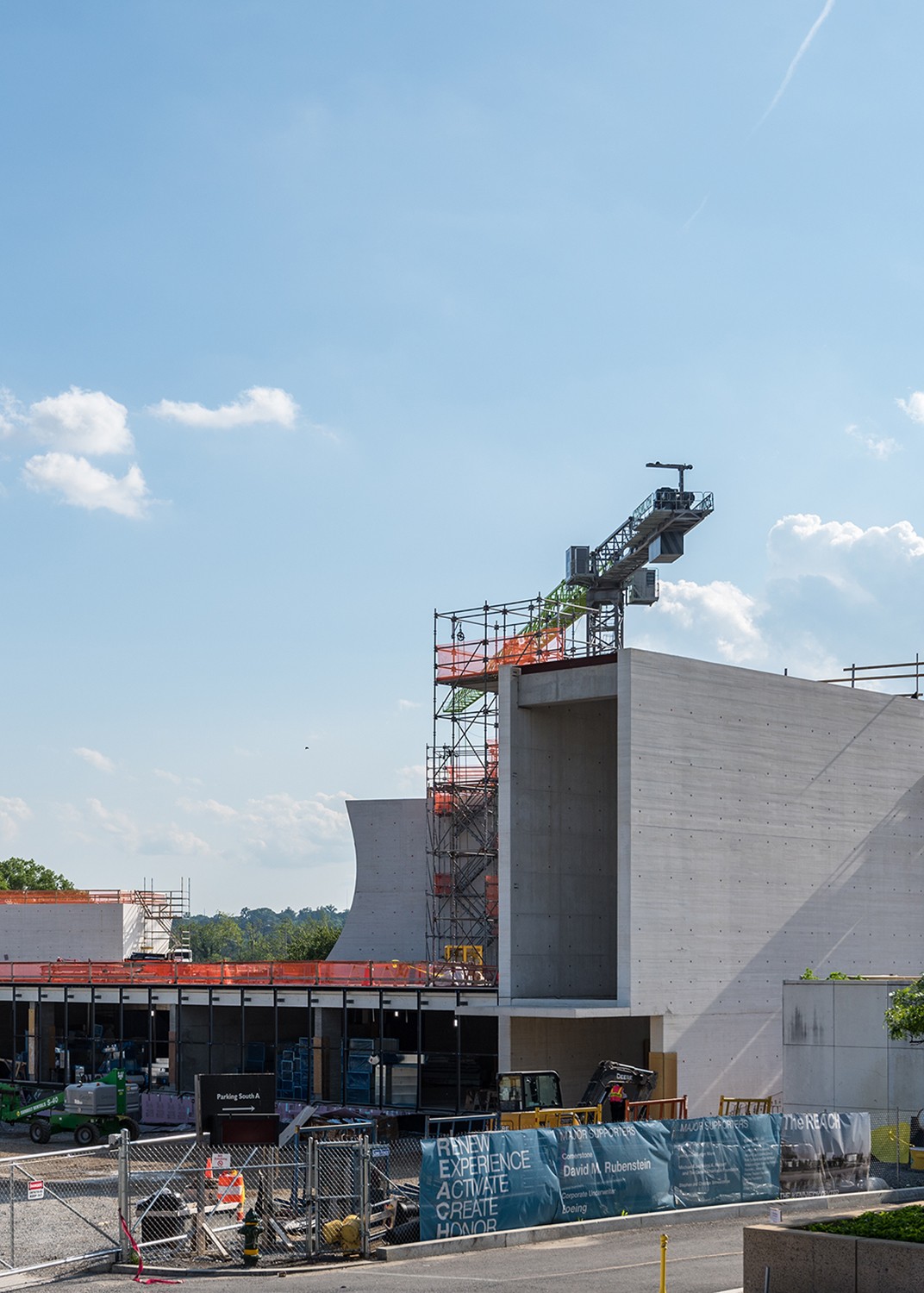 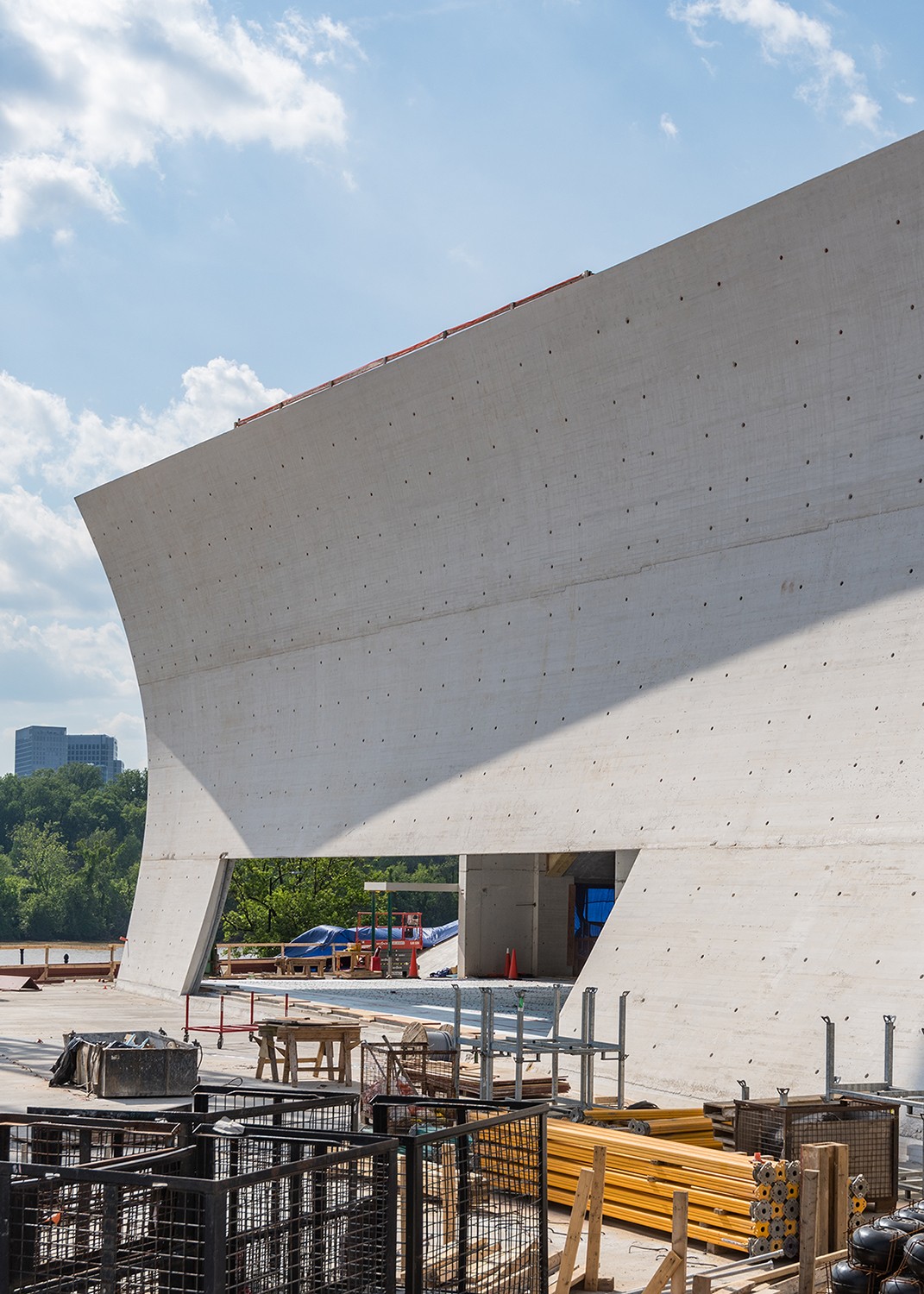 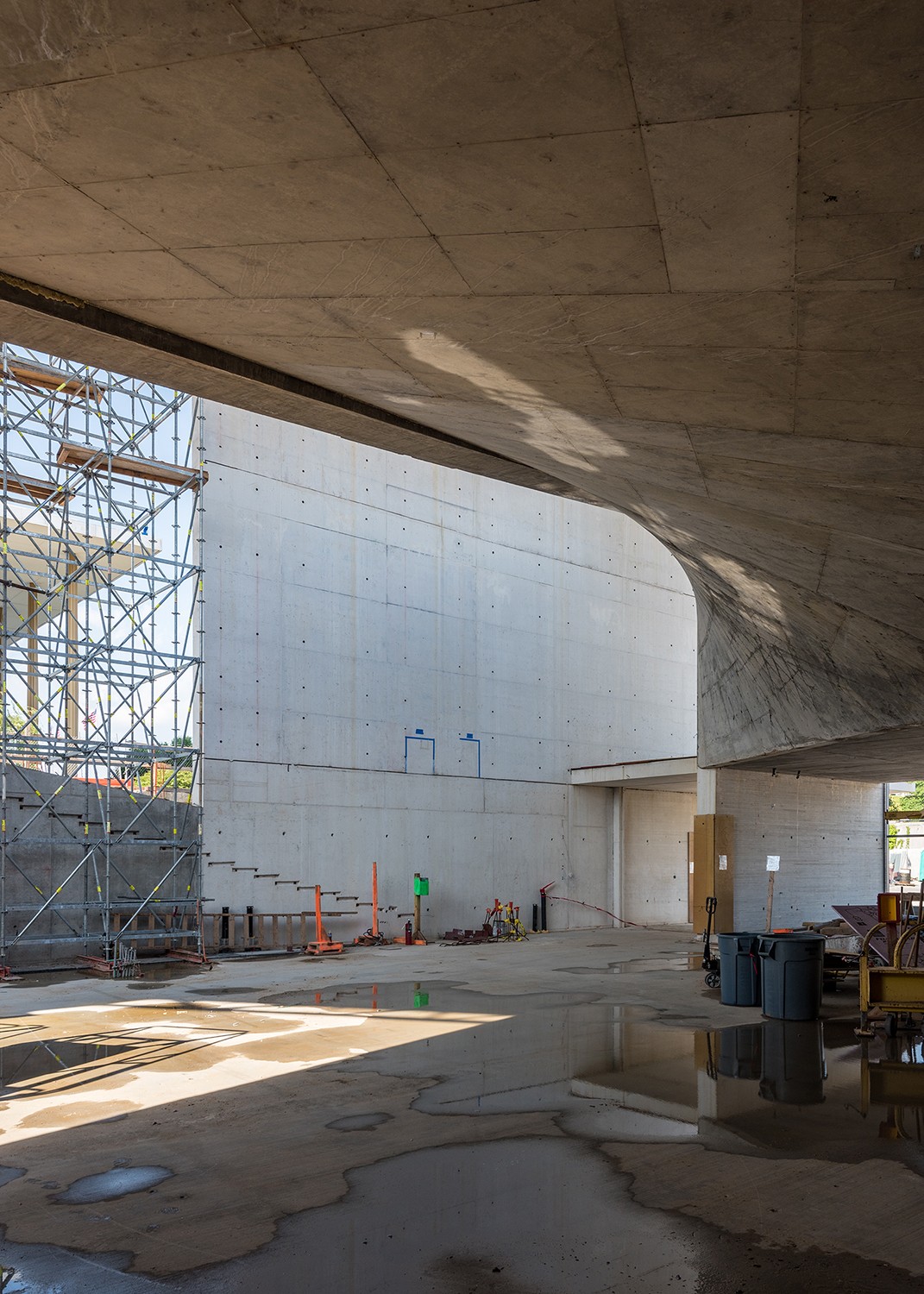 Washington, D.C.—June 5, 2018—The John F. Kennedy Center for the Performing Arts today announced that the REACH—its ongoing expansion project—will open to the public on September 7, 2019. Conceived as a nexus of arts, learning, and culture, the REACH will provide artists and visitors new and wide-ranging opportunities to fully interact and engage with the Center. Construction images, designs renderings, and b-roll will be available via this link.

At a hard hat tour attended by civic and cultural leaders from across the Washington, D.C. region, Kennedy Center leadership unveiled its programmatic vision for the REACH, with President Deborah F. Rutter commenting:

“The REACH will be transformational for the Kennedy Center, for our artists, and especially for our visitors. As the nation’s cultural center, the Kennedy Center strives to reflect and advance the cultural interests of our community. More and more, today’s audiences crave connection—with art and with each other—while artists and arts organizations desire customized spaces that nurture their creative endeavors. The REACH will fulfill many of those needs, all within a one-of-a-kind design that is a work of art in and of itself. We imagine and energized, active space where visitors can go heind the scenes, observe an intimate performace, or simply sit and enjoy the stunning architecture and river views, surrounded by the energy of art in progress. We cannot wait to open our doors on September 7, 2019. “

Designed by Steven Holl Architects with BNIM, the REACH is the first-ever expansion in the Kennedy Center’s 47-year history. The 4.6 acre project features 72,000 square feet of new interior space, expanding the Kennedy Center’s public areas by more than 20%, and nearly doubling the volume of outdoor space.

-Eleven highly flexible spaces which will be used for the creation of art, performances, events, classes, and more.

-An outdoor stage and video wall, which will host concerts and film screening.

-A “green roof” and 130,000 square feet of landscaping and gardens, including a 35-tree ginkgo grove, walking paths, and lawns that will provide opportunities for art installations, performances, and recreation.

-A casual arts café that invites socializing and “dwell time” outside of regular performance activities.

-For the first time, a connection—buy way of a new pedestrian bridge spanning Rock Creek and Potomac Parkway-to the National Mall and other presidential memorial.

Envisioned as a complement to, and extension of, the Kennedy Center’s mission, the REACH will support both artistic and educational programming, with a strong emphasis on supporting artists, new works, and artistic development for artists at all levels. With its open and interconnected design, the REACH’s unique design offers unprecedented public access to rehearsals and works-in-prgress, and provides much-needed rehearsal and classroom space for new and existing Kennedy Center programs. Regular activities with the REACH will include club-style performances, a Learning Lab that welcomes students and visitors to explore hands-on arts experiences, and social events, as well as festivals, outdoor films, art installations, and exhibitions. Beginning in Summer 2020, the REACH is expected to host a variety of arts-focused summer camps for young people.

The REACH will open to the public on September 7, 2019, with a weeklong celebration that features free campus-wide activities, indoor and outdoor performances and events across the entire Kennedy Center campus, and extensive opportunities for the public to explore Washington’s newest cultural destination.

The Kennedy Center also announced today that its Building the Future capital campaign goal is now $250 million, an increase that reflects sustained philanthropic interest in the campaign, ongoing programmatic opportunities, and increased project costs. The new goal is an increase fro the previously stated goal of $175 million set in 2015. To date, the campaign has raised $170 million.

The Building the Future campaign supports the design and construction of the REACH, now estimated at $175 million. $25 million of the campaign is dedicated to associated costs of activating the REACH, including art and exhibits in public spaces, technology, and artistic and education initiatives, as well as standard campaign costs and contingency funds. A component the campaign also provides funding for ongoing programming throughout the project. The Building the Future campaign is funded entirely through private philanthropy provided by a national network of supporters. Learn more via this link.

“We truly are building the future of our nation’s cultural center,” said Kennedy Center Chairman David M. Rubenstein. “I am exceptionally pleased by the outpouring of philanthropic support for the REACH. Generous donors have demonstrated their belief in a vision for 21st-century arts campus. The REACH is bold, it is necessary, and it is an absolute showstopper.”

The Kennedy Center announced its expansion plans in January 2013. The ceremonial groundbreaking took place December 4, 2014, and construction commenced in October 2015.